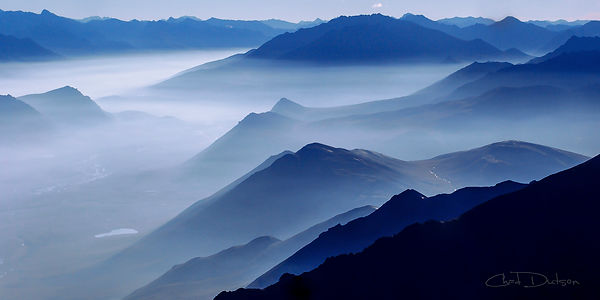 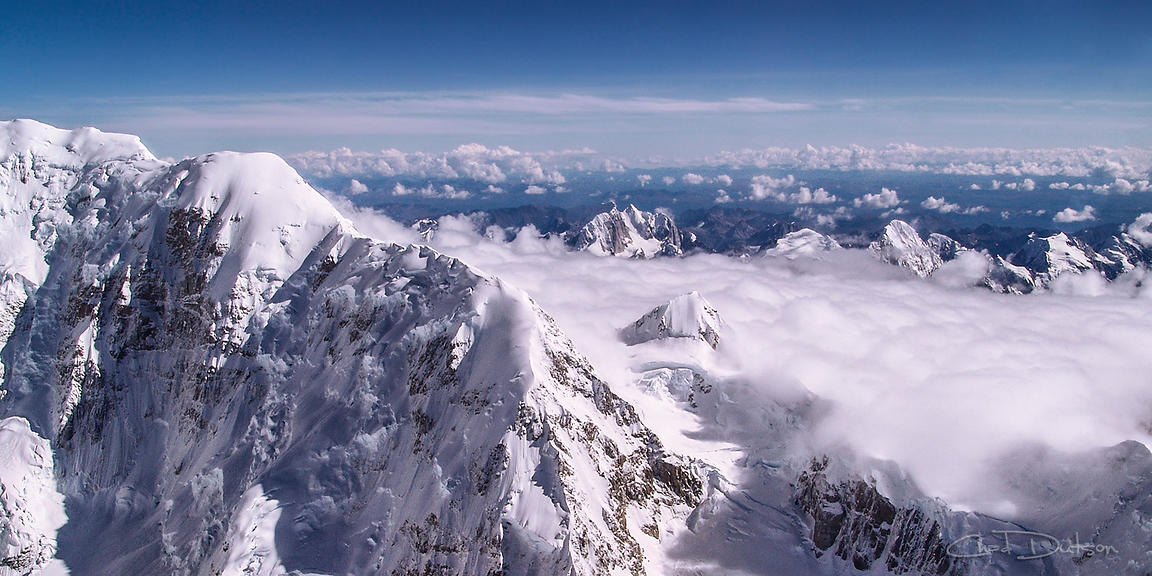 Summer panorama view above Denali Peak (Mount McKinley) in Denali National Park, Alaska. Although captured in the summer, the scene appears to be caught deep in winter. The majestic, snow-covered peaks are nothing short of spectacular.

"Mount McKinley, or Denali (Koyukon Athabaskan for 'The High One,' Dghelaayce�e in Ahtna) is the highest mountain peak in... North America, with a summit elevation of 20,320 feet (6,194 m) above sea level. Measured base-to-peak, it is the tallest mountain on land. Measured by topographic prominence, it is the third most prominent peak after Mount Everest and Aconcagua. Located in the Alaska Range in the U.S. state of Alaska, it is the centerpiece of Denali National Park and Preserve" [source Wikipedia]. 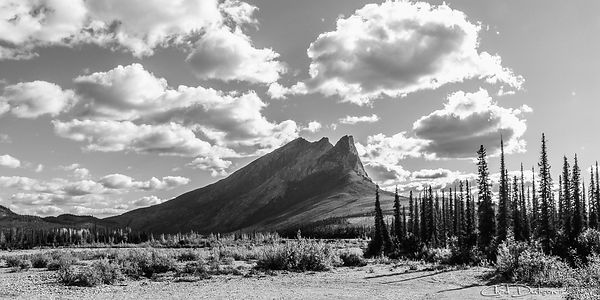