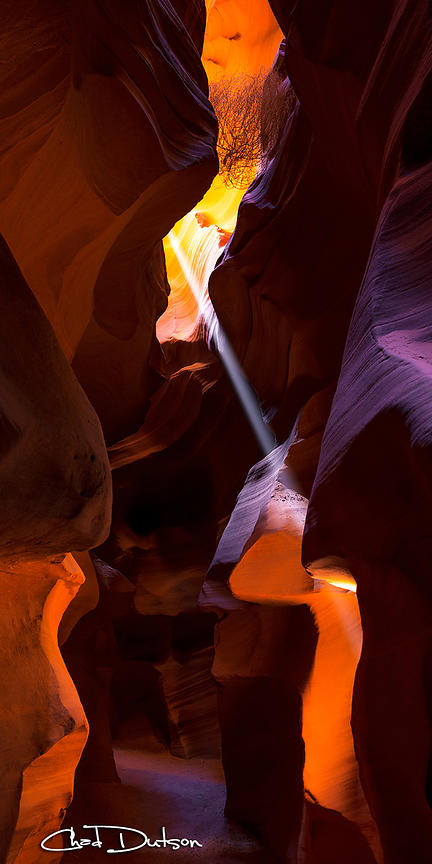 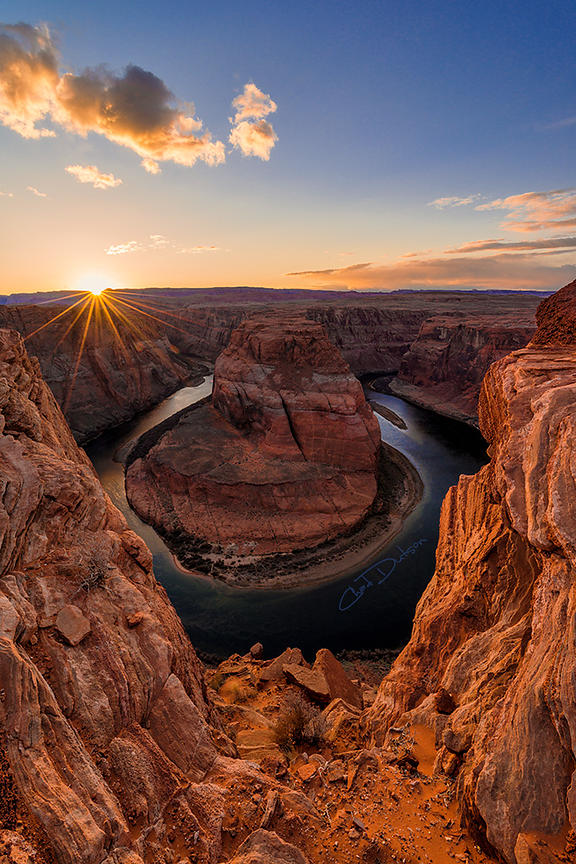 I joined fellow photographer and friend, Dustin LeFevre, on a weeklong adventure to southern Utah and northern Arizona. At the end of a long winter day shooting Antelope Canyon, we looked up at the sky and decided we had just enough time to make a quick trip to Horseshoe Bend to capture sunset. We raced there, parked, and darted off to the cliff edge of the Colorado River. The sun was moving down on the horizon so rapidly, so we both sprinted to get there in time. I nearly had a heart attack in the process. Upon my arrival at the ledge, I setup the tripod as fast as I could, with sweat pouring down my face, extending the tripod legs in between deep, gasping breaths, and then snapped this shot. Just seconds later the sun was gone! 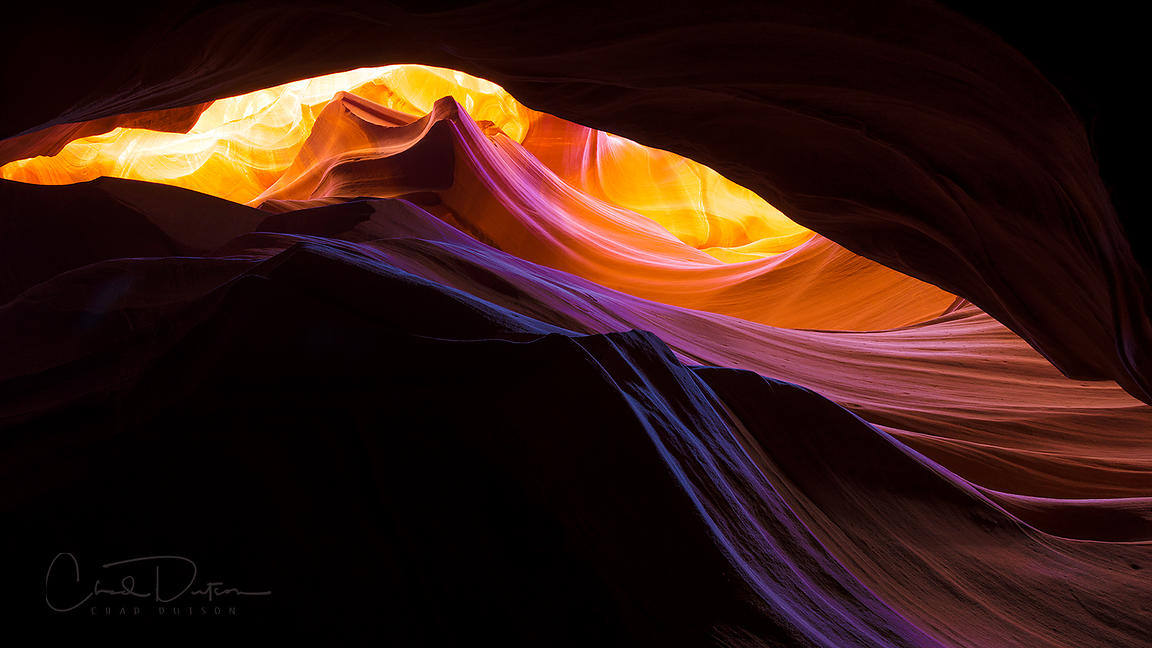