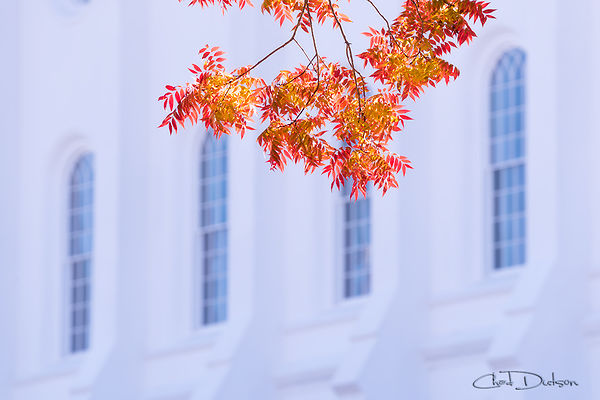 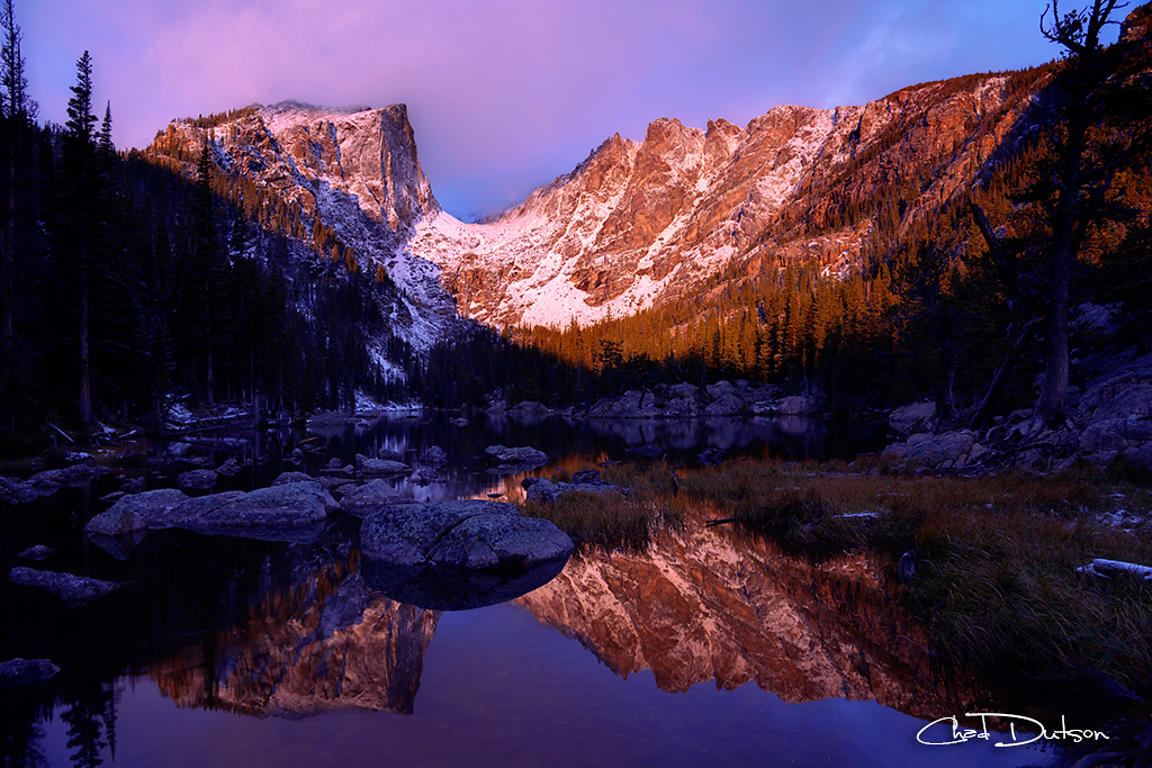 It was my first visit to Rocky Mountain National Park. I wanted to catch a spectacular image showing the beautiful transition from fall to winter. Unfortunately stormy weather predominated the trip, like on this particular morning. Fellow photographer, Dustin LeFevre, and I awoke to mostly overcast skies, with only a single star visible above. Regardless, we gathered the stamina to ready ourselves and drive up the canyon. Within a few minutes we ran into a snow storm. What? Hope was nearly diminished. We decided to change directions and head up a different canyon. As we arrived, we were greeted with light snowflakes, and so the situation was still dire. But as I packed my ClikElite backpack, Dustin prodded me to look over my shoulder. Behind us there were hints of pink showing on the skyline. This was incredible! We were no fewer than 30 minutes BEFORE official sunrise, yet color was already visible. We literally sprinted up the trail to a pre-determined location along a lake. I gasped for air as I carried my 30-pound pack. About half way up, I told Dustin to move on without me --- my heart just couldn't take the pace. I setup near there and shot sunrise from an outcrop. And sunrise continued to blaze, so much that I decided I should continue up the trail to make an attempt at the other location. As I arrived at the lake, I setup my shot, disappointed I missed peak light, as the view was incredible! Then suddenly a wave of second light appeared, created an incredible alpenglow on the distant mountainside. I felt so fortunate, to experience such a spectacle in nature! 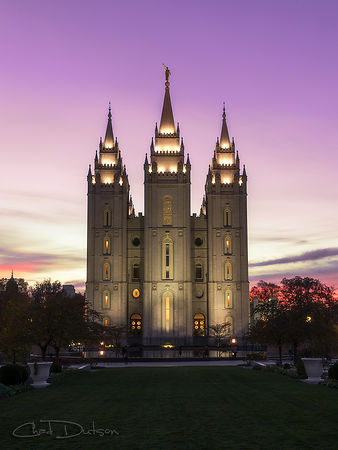