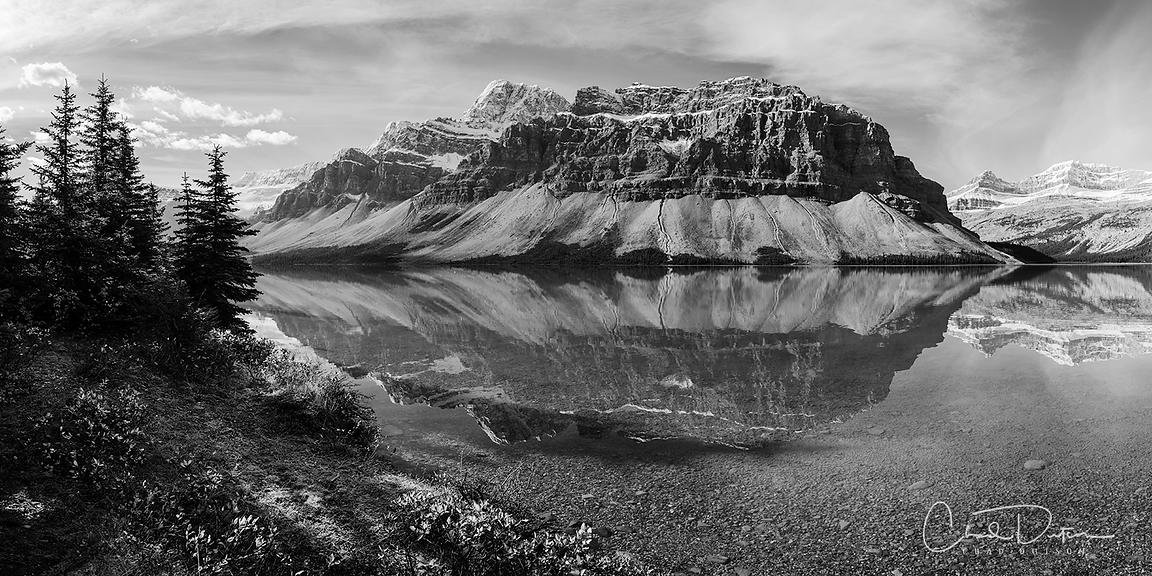 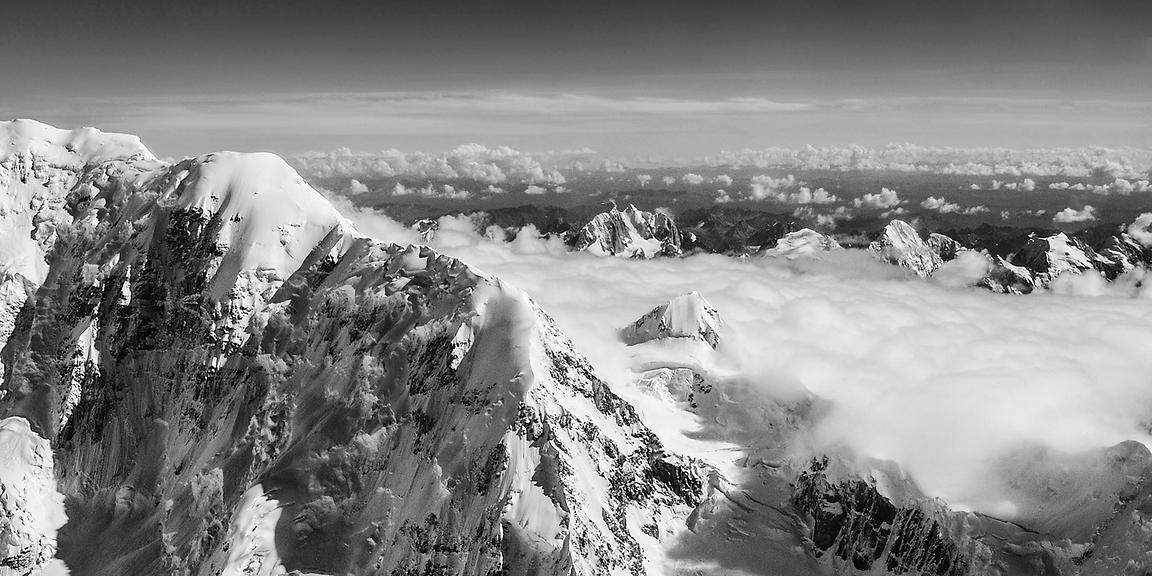 "Above Denali" (black and white). Summer panorama view above Denali (Mount McKinley) in Denali National Park, Alaska. Although captured in the summer, the scene appears to be caught deep in winter. The majestic, snow-covered peaks are nothing short of spectacular. 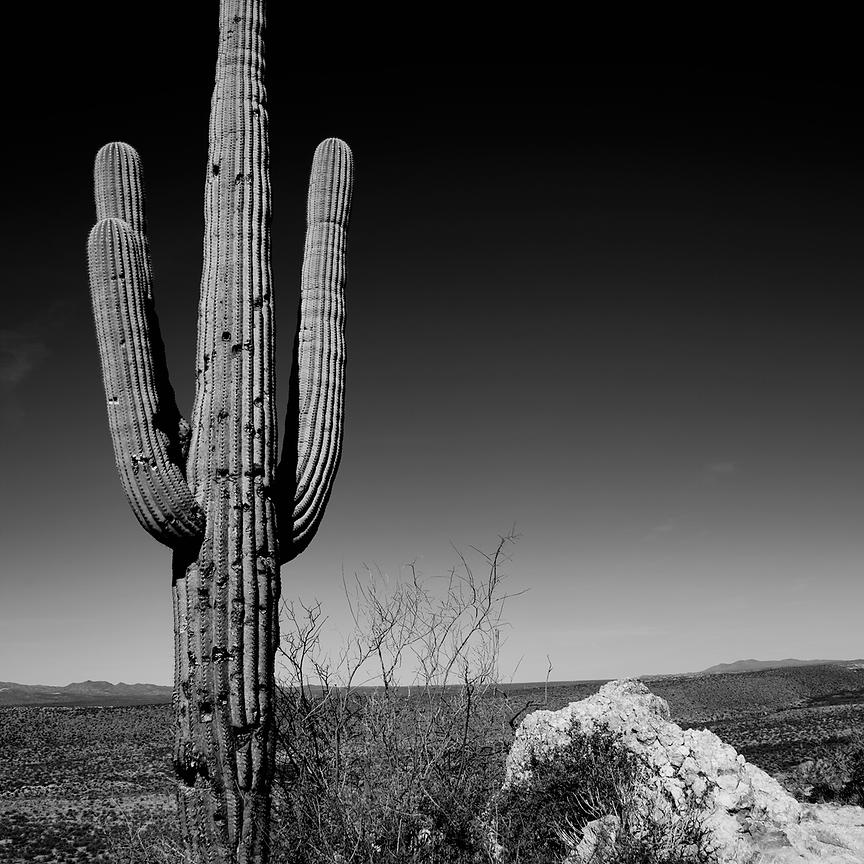