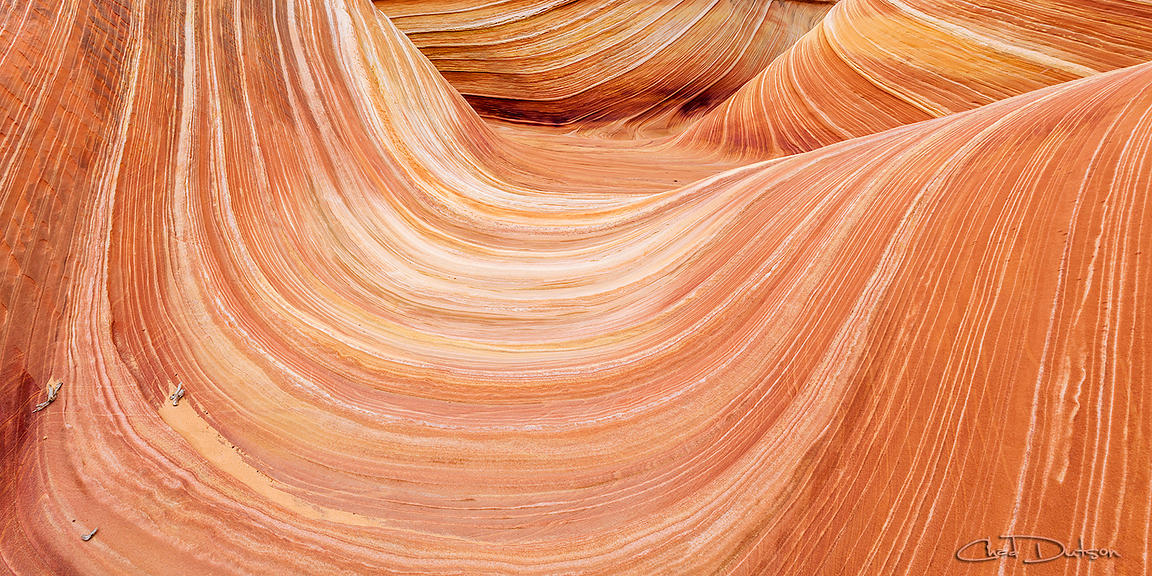 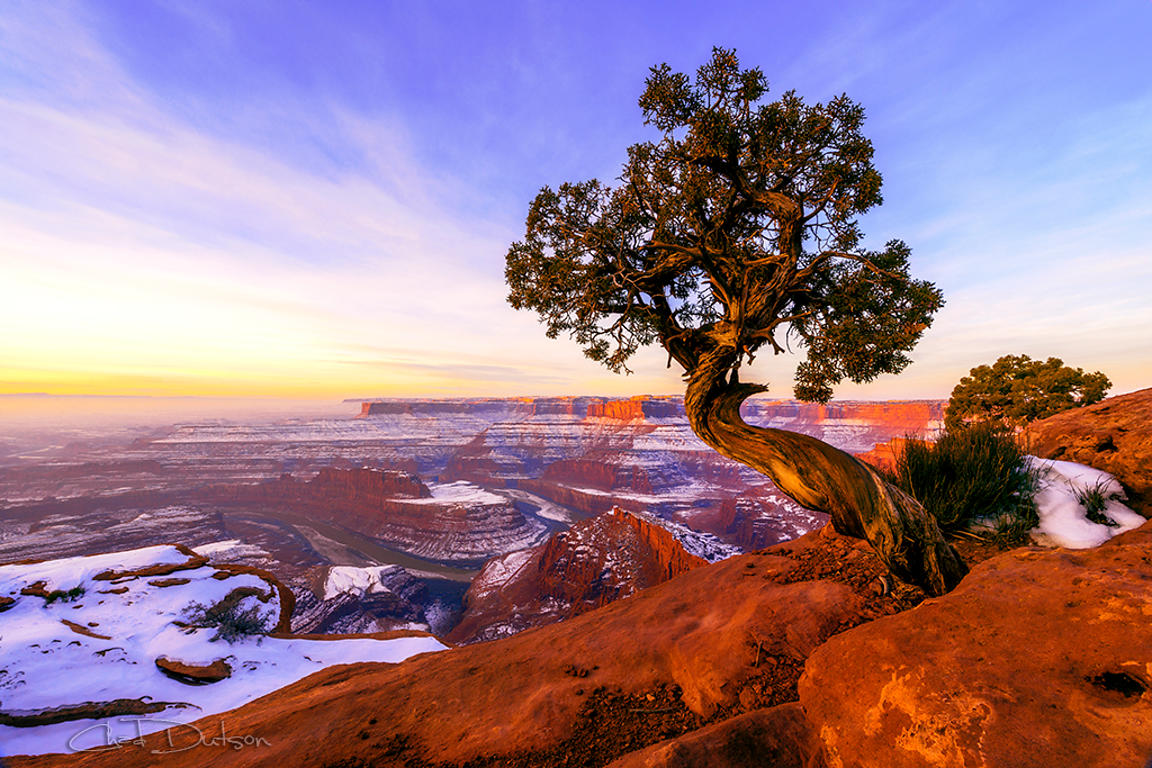 I wanted to capture a unique perspective at Dead Horse Point, positioned 2,000 feet above the Colorado River. I also wanted a reflective sunrise, rather than directly peering at the sun. I searched for a singular feature that could serve as a landmark, and came across a lone tree. Perfect! The air was brisk, about 20 degrees F (-7C), and the added snow was a perfect contrast with the desert. While it was still dark, I carefully setup my camera and tripod, so as not to disturb the sand and snow around me. I wanted to capture the magnificence of the canyon and river below, and also the simple details of sand, twigs, and snow. I patiently awaited first light, and then just as the sun's rays struck the saturated cliffs, *click* I captured a beautiful winter morning at Dead Horse.