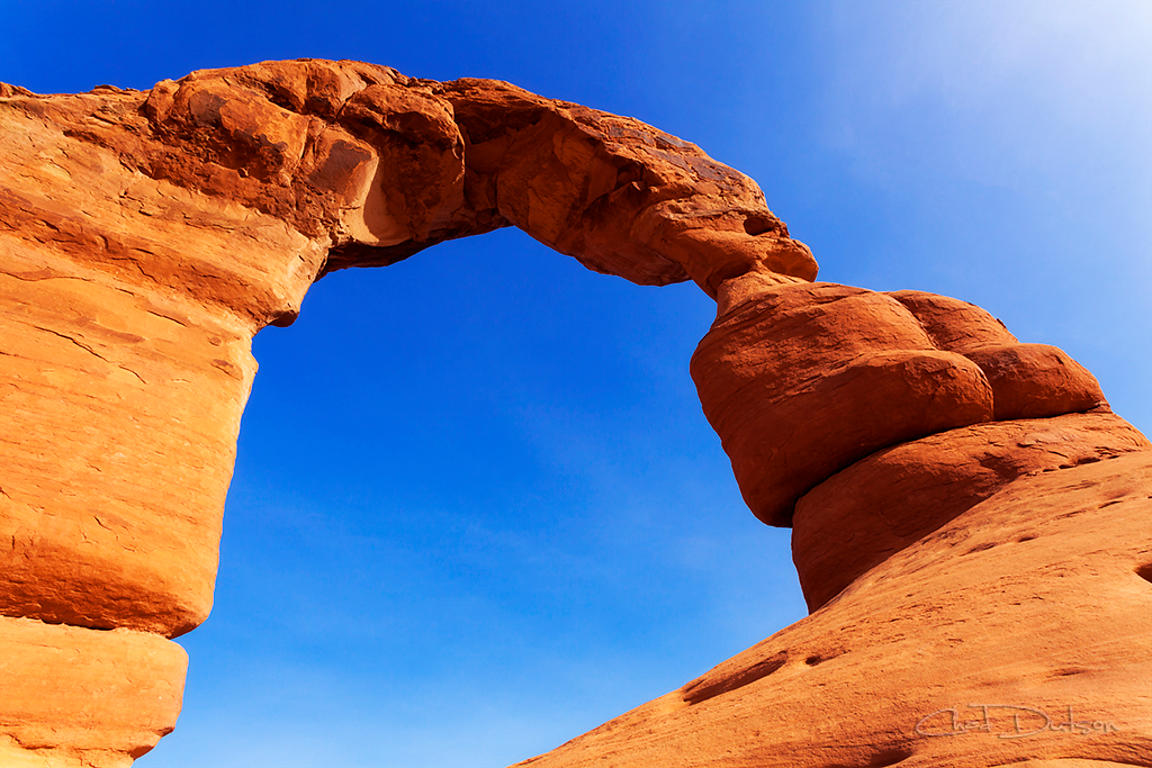 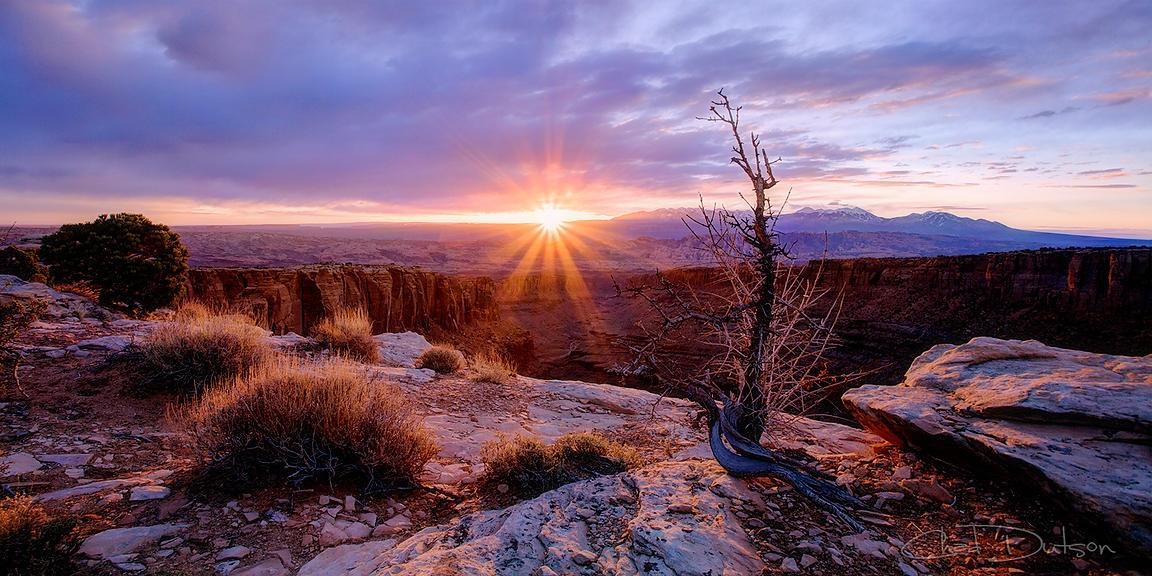 My son and I drove down into the desert and arrived as the clock was nearing midnight. We setup camp, finishing under a clear sky full of stars. We awoke early the following spring morning to a surprise, nearly overcast skies. We meandered around the cliff edges for a while, excited the clouds were beginning to break. I setup this shot as the sun crested over the distant horizon. The brisk, cold air broke as we felt the gentle warm rays of the sun on our faces. The sun blazed, an amazing grandeur, for just a couple minutes, then disappeared behind the clouds. The La Sal Mountains and Arches National Park are in the background.

** This image and others are featured in the Bighorn Gallery at the Dead Horse Point State Park Visitor Center September 1, 2015 through February 29, 2016 **