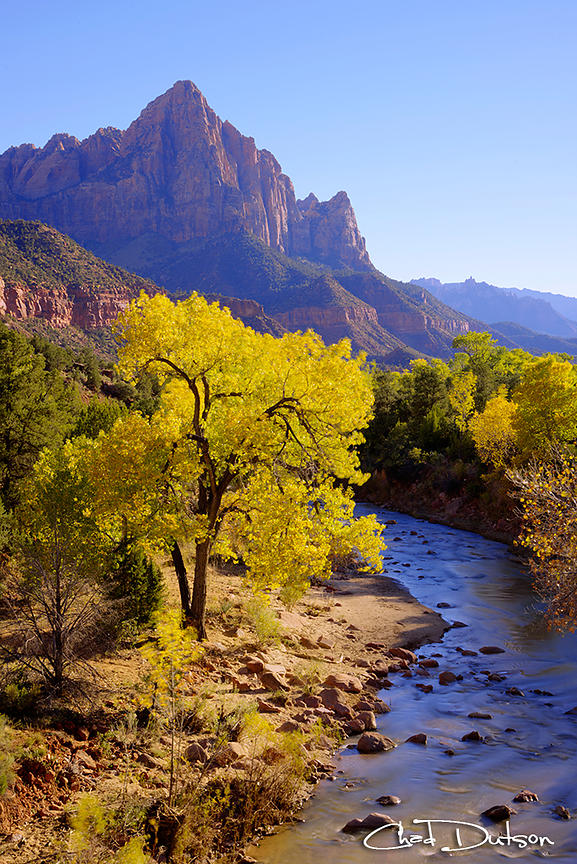 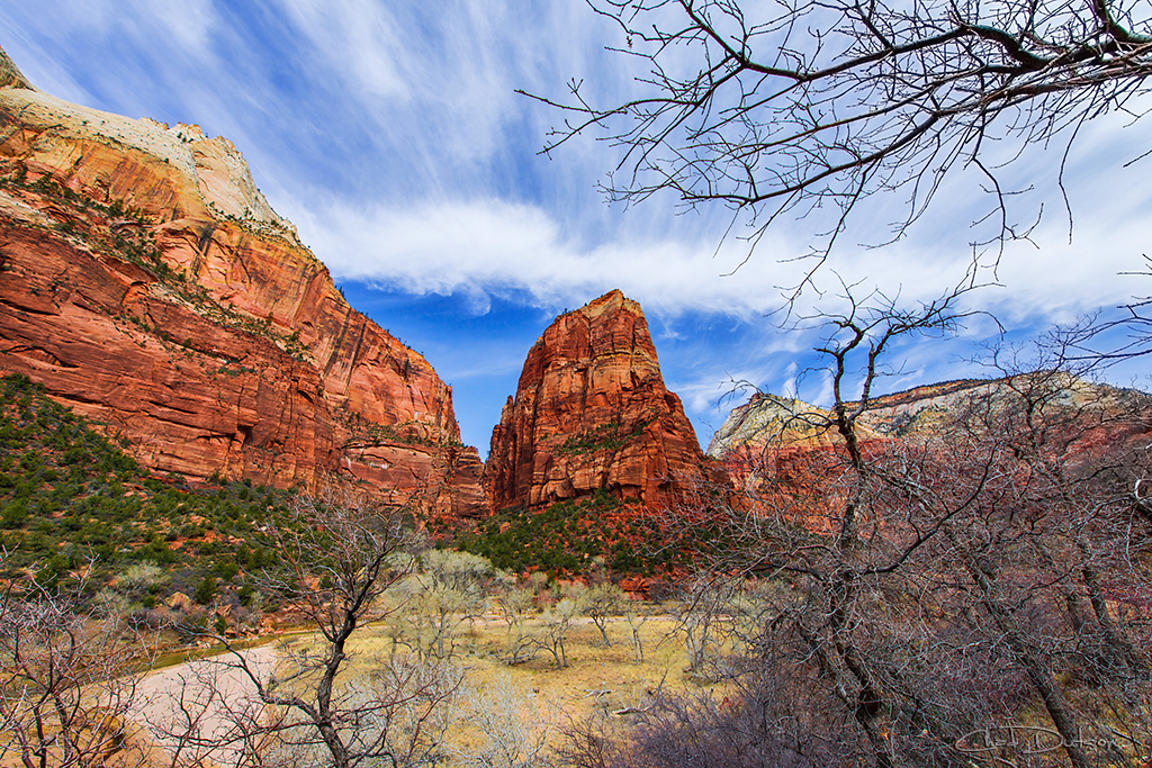 There are very few hikes that can be considered "world class," and Angels Landing is one of them! Situated in the heart of Zion Canyon is a rock mountain formation standing 1,488 feet (454 m) above the canyon floor, called Angels Landing. Running alongside the feature is the meandering Virgin River. A 2.4 miles trail was created in 1926 running up from the river bottoms to the peak. The trail meanders through some lower switchbacks, then works its way up to the higher switchbacks, called Walter's Wiggles. These switchbacks rapidly ascent up to the west wall of the mountain, eventually to Scout Lookout, which serves as an excellent resting point before making the final ascent to up the spine to Angels Landing (5,790 feet/1,760 m). This last portion of the hike is strenuous, and you are assisted by supporting chains, which are a great help!

I pressed up this mountain, taking pictures as an excuse to give myself a rest. I captured this shot after *conquering* the mountain, showing the majesty and beauty of this massive icon. 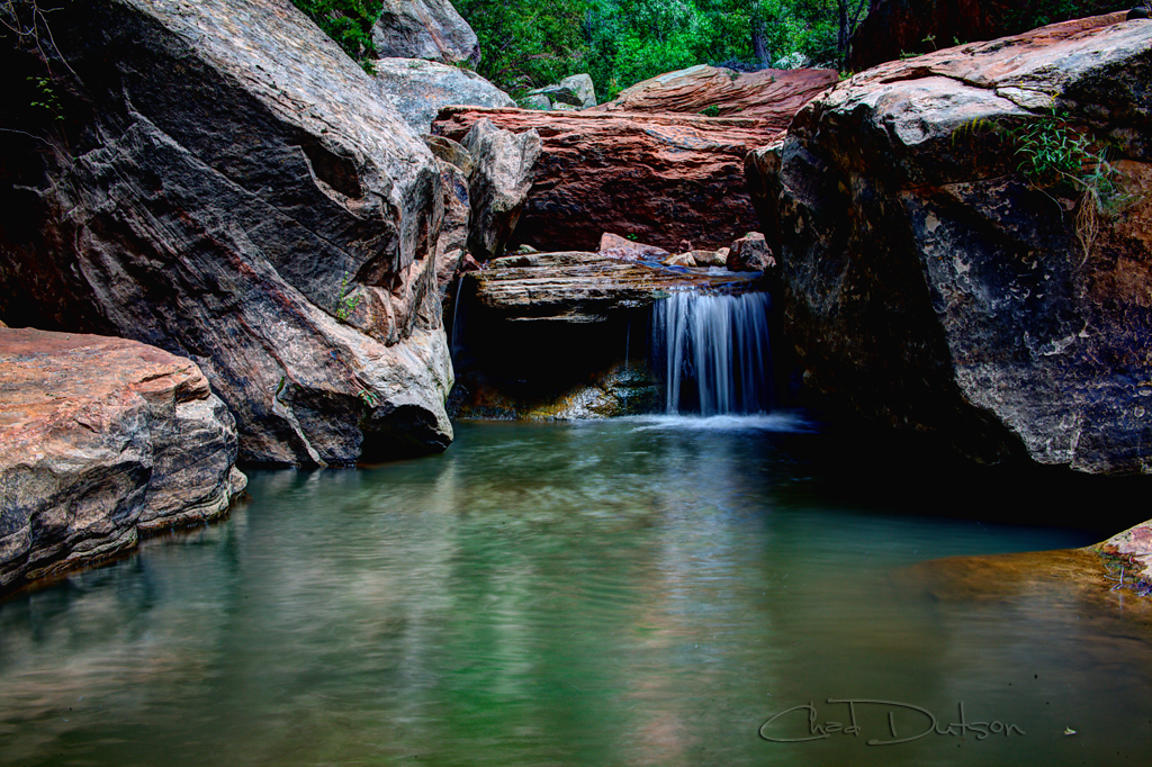