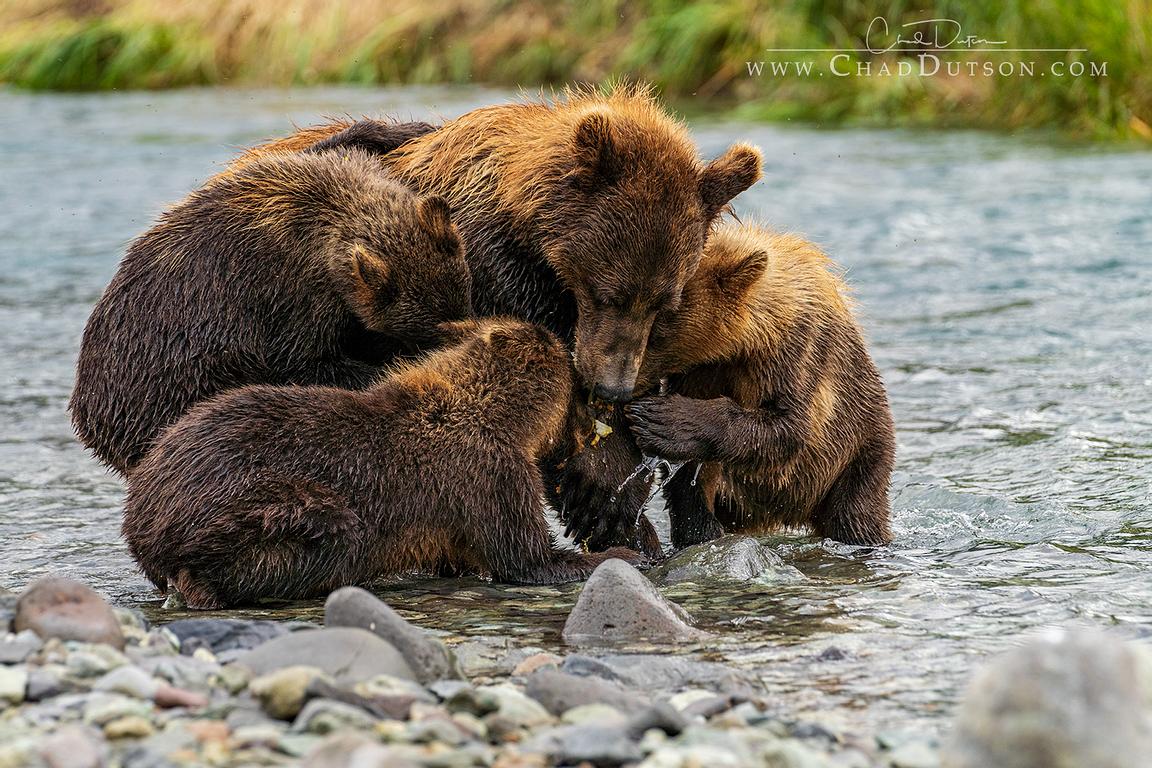 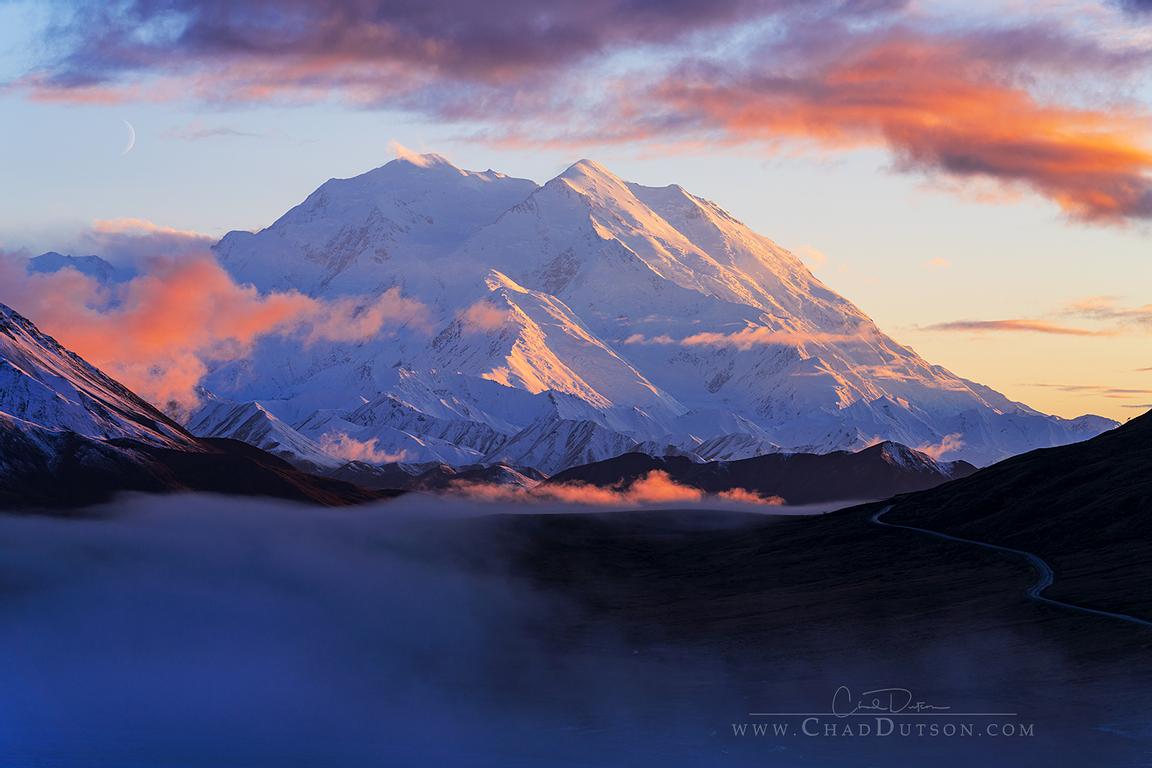 "Denali Surprise." Snow and rain fell in what is considered "normal" fall weather conditions in Denali National Park. While driving outbound from the park, I decided to stop in order to gaze back in the direction of Denali. I could see just a hint of its base exposed underneath a thick cloud layer. It appeared there was a decent chance The Mountain might be freed from its hiding spot. I setup a time-lapse, in hopes Denali would come out and play. Amazingly, over the short duration of thirty minutes, the shroud lifted, the moon came up, and the sunset began to create its own light show. I captured this frame right near the end of the time-lapse. Denali never ceases to surprise me. 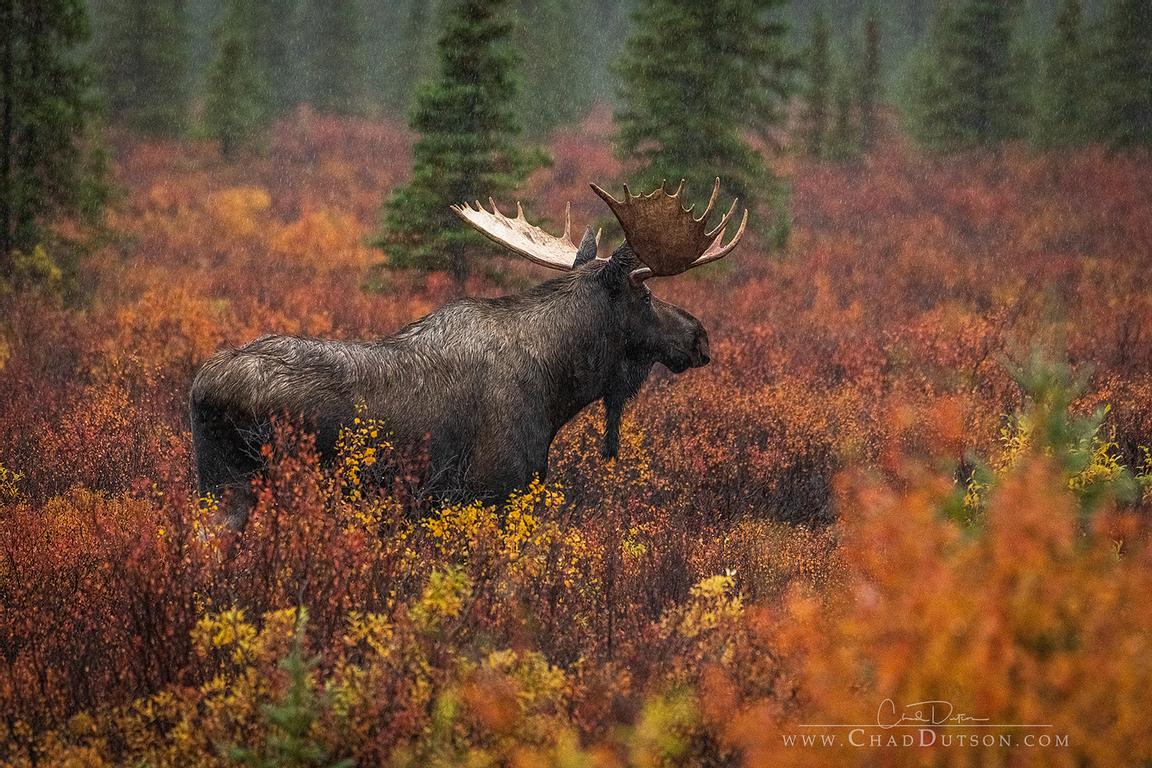